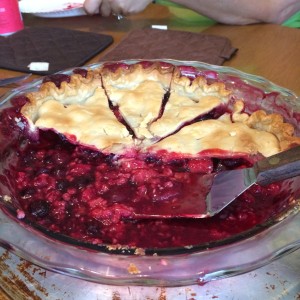 Happy Happy Hump Day. Bad news of the day, our library is not open. Good news, the plan is to look at a house today!! 🙂 fingers crossed for this one. 2 months ago we saw a home that for the most part fit the description of what we wanted, and we called to inquire about it. FOUR days later, I send another e-mail asking. A few moments later I received a call saying the home was purchased 3 days ago. That seems to be our luck. I am hoping even with the higher price and all, I WANT this house.

I am saying that before even taking a moments glance inside. The photos show wallpaper in floral prints, and many updates for the older style, nothing in this century, but to be honest, I like that. Bad news: the photos can be deceiving, and this home ( a favorite of mine since infancy) has been listed for more than 2 years under contract. Why? Who knows. I want to find that out first and foremost before I involve anyone else. Good news: the home is literally across the street from our apartment. 🙂 I have always told my husband that if we were to purchase a home in our hometown ( not where I would chose to live) the rules were it would be a choice of 8 different homes. Not all are for sale of course, and we are currently “looking but not looking” as Ricky would say.  Blah!

Since there is so much that I want to look up, and hopefully plan a viewing, I wanted to find something easy and sweet to make. Very Very easy that is! It can be made with almost any type of fruit that is in season which is great.  I have already given the recipe away 5 times.

For some reason, maybe the photo taking, I like to have everything I need for a meal out at one time. That way I know what I need and what I don’t. Also some things can be made ahead of time and placed in the fridge for later. Good thing I did that today, I realized i didn’t have a pie pan, what type of woman am I not having something to cook a pie in.

I used fresh fruit, but I would think Frozen fruit would be fine, maybe defrosted a bit so it can soak in the sugars, and tapioca.

I would think that most people would enjoy this pie. But BEWARE!!!! It is juicy, and runny. For us it was more of a thick thick soup texture. I would say make sure your fruit is washed and DRY before mixing it and such. It might have been because I used more than 5 cups of fruit as well. 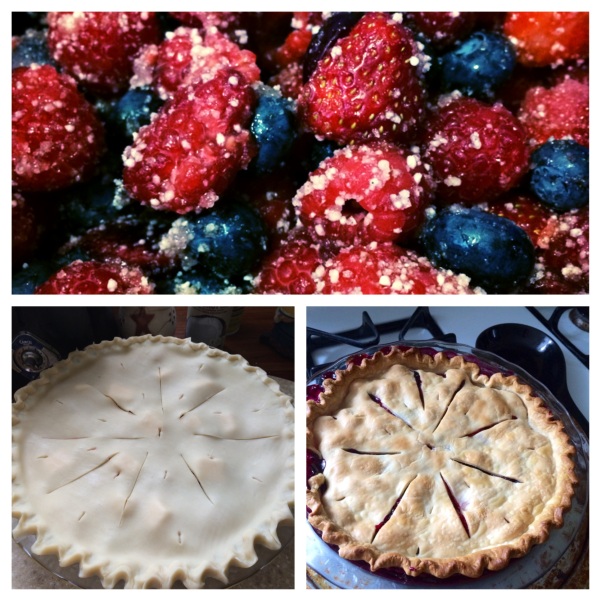 COOL WHIP for topping. ( or Redi-Whip if your into that)

MEANWHILE, toss berries with sugar, tapioca and cinnamon. Let stand at room temperature until ready to use.

BAKE 40 min. or until crust is golden brown. Cool slightly before serving topped with COOL WHIP.

Substitute cornstarch for the tapioca.

Could You Bitch The Pot?

Relax, it means pour the tea.

I’m Amanda. Wife, Almost mom, Autumn obsessed, Christmas lover, Coffee addict, Dog mom, and Daydreamer. Nice to meet you. This blog is a mix of the everyday chaos I call my life. Have a look around and enjoy!

Two sisters; one vegan and one omnivore, sharing delicious, step-by-step recipes for any diet

Scrumptious Chaos in the Kitchen.